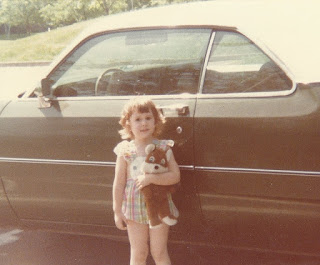 Every so often when I was a child my parents loaded up the old dark green Chrysler Custom Newport with a couple of suitcases and perched me on the front seat between them. I was allowed one barbie doll, a package of baby wipes and my metal Dukes of Hazzard lunch box which held the only things I would eat at the age of five; a mustard sandwich and a warm thermos full of Campbell's chicken noodle soup. The destination was always the same, Oakland, Maryland by way of Elk Garden, West Virginia. My father would visit his brother, who ran the old family farm and my mother would drive the giant piece of nineteen seventy-three machinery with me the rest of the way to the western Maryland panhandle.

Occasionally on these trips I would get car sick. My father was a "jerky" driver according to my Uncle Pete, plus I was quite small, making it difficult for me to see out of the window (remember, this was the seventies when car seats were only optional). However, no matter the depth of motion sickness I felt, there were many times when I would beg my father to make a "wee." True, most parents are usually the ones who beg children being potty trained to make a "wee," but the "wee" I wanted was the type that made a me feel as if my stomach was going to come out of my mouth and land in the front seat of the car. 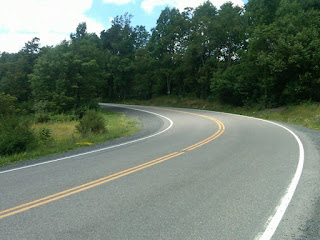 The best way to feel a "wee" was to sit on the hump (in those cars, there was a piece that you could pull down in the seat directly across from the radio and heater - I think it was designed for a child) between the passenger and driver.  This was my throne. Yes, I am still alive despite the reckless abandoned manner in which my parents transported me on a regular basis. On a particularly hilly stretch of road between Winchester and Paris, Virginia the "wees" started.  "Make a wee Daddy!" I would say and he would step on the accelerator as we approached the small hill.  What goes up, must come down but the laws of inertia dictate that an object at rest tends to stay at rest.  In my stomach's case, it wanted to stay at rest while the car made it back down the hill - hence the "wee."

March 14, 2019
https://www.almanac.com/extra/first-snowflake-photographer-wilson-bentley# Inertia walked in to the old clapboard building with the noisy screen door for a package of bulgur wheat. Never having need for it before, she wasn’t sure of what it looked like; she simply knew she needed it to make a faux meatloaf loaf. Sasha had taken to becoming a vegetarian since he heard a story from the next door neighbor about the slaughterhouses in Vermont and how inhumanely they treat their animals. Inertia was eager to stop eating meat because whatever Sasha did, she followed suit. https://www.amazon.com/Stopping-Inertia-Gayle-Schliemann/dp/149957441X Ever since moving to the sleepy town of Montpelier, Sasha’s mind filled with crazy ideas of how they should start living, or not living as Gina put it. Inertia blamed Sasha’s new approach to life on his complete lack of success in documenting every living thing on earth, a task that quickly lost its funding when Sasha’s attention to
Post a Comment
Read more

My Mother My Roommate Part 4: The Hazards of Drinking Alone

January 28, 2019
Got home after a long day of work and poured myself a Jack and Coke . I was two stiff drinks in when nature called.  Yes, I was quite aware that I was in the midst of a visit from my monthly “friend” when I wandered into my master bath. I can depend on finding stashed tampons and maxi pads in every bathroom of my house; three total. For extra emergencies, I have pads and tampons stashed in suitcases, work bags, kitchen drawers, my circus bag and even the glove compartment of my car. Additionally, somewhere in the house, I knew there was an ill purchased Diva cup I got to "save the environment." At this moment, last night, I had completely run out of sanitary products everywhere but the red sea dripping down my leg didn't care. I balled up some toilet paper, put on my ugliest pair of granny panties, called for Camilla (my English bulldog who hates walks but is forced on them) and started walking to my local drug store about a mile up the road.  STOP! The
Post a Comment
Read more